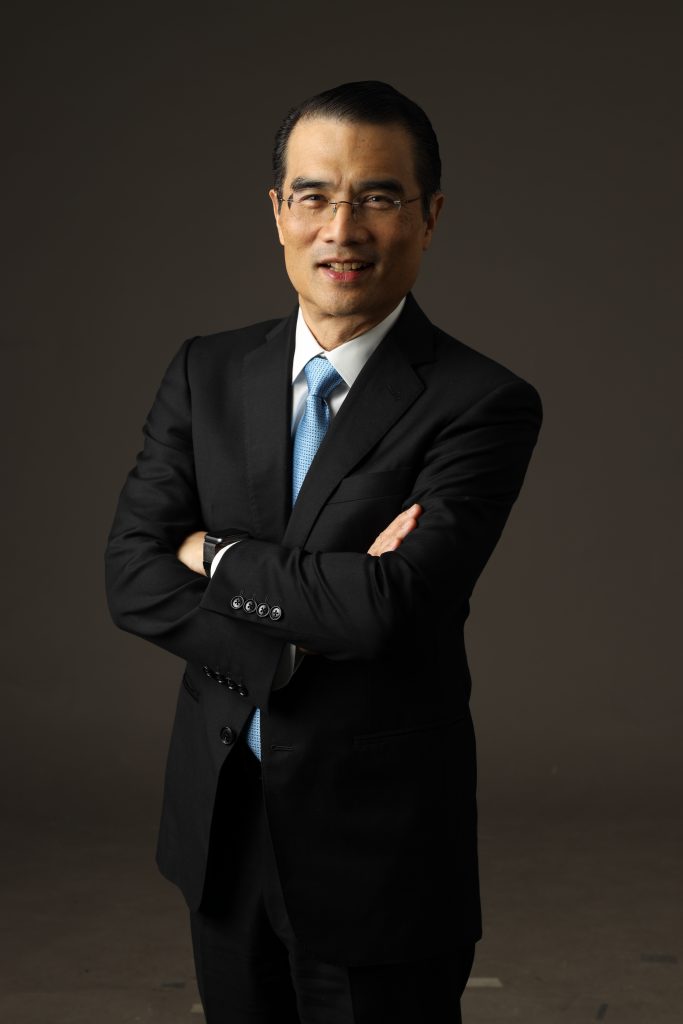 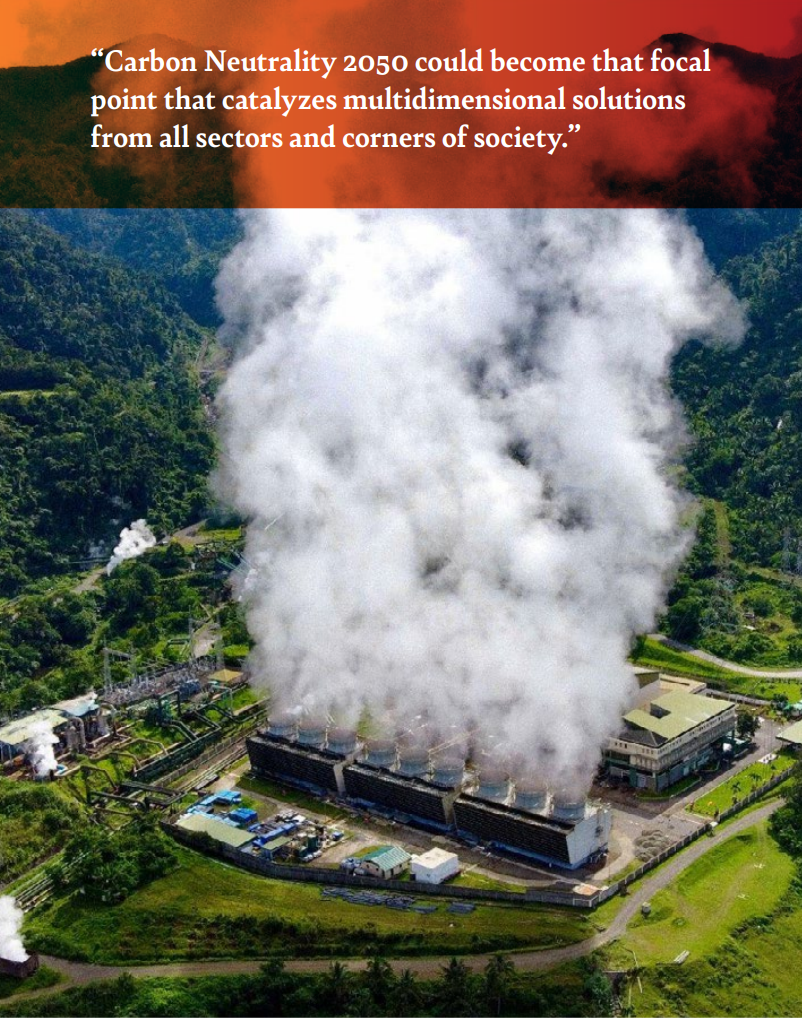 The COVID-19 pandemic has been a rollercoaster ride for the Philippine economy. Philippine gross domestic product (GDP) growth dropped to a negative 9.5 percent in 2020 due to highly restrictive lockdowns but then recovered back up to 7.7 percent in the fourth quarter of the following year, ending at a full year 5.6 percent in 2021.

Entering 2022, we saw a huge spike in COVID-19 cases in the country. Majority of these cases were from the Omicron B.2 variant described as more transmissible but much less virulent than Omicron B.1 and Delta. This accounted for the sudden surge after the Christmas holidays and the precipitous drop in cases after Valentine’s day. Many mobility indices inched back to pre-pandemic levels with nontransit movement close to full recovery and public transport rebounding to roughly 25 percent below pre-pandemic levels. Barring any new more virulent COVID-19 variants, it appears like the Philippines is headed toward an endemic COVID-19 situation where we learn to live with the virus without the restrictive lockdowns that have constrained the economy these last two years.

As we emerge from this pandemic, we see the Russia-Ukraine crisis posing yet another risk to global growth. Energy and commodity supply chain disruptions will generate a lot of pressure on prices everywhere and will not spare the Philippines, which will likely breach the Central Bank inflation targets for the year. The country’s debt-to-GDP ratio prepandemic was 39 percent but has now climbed to 63.5 percent given a lot of necessary pandemic spending.

Amidst these interesting times, we will continue to pursue our businesses with vigor. At the FPH Group, we’re transitioning by redesigning our offices and facilities for hybrid work that integrate remote work habits honed during the pandemic with rebuilding our face-to-face corporate communities. We’re keeping the best of both worlds, even using office real estate more efficiently as we move forward.

However, our collective battle for the planet’s climate continues. In February 2022, the UN IPCC released the Working Group II’s Sixth Assessment Report (“AR6”, written by 270 researchers from 67 countries, and approved by 195 governments) declaring that (to quote the New York Times): “The dangers of climate change are mounting so rapidly that they could soon overwhelm the ability of both nature and humanity to adapt, creating a harrowing future in which floods, fires and famine displace millions, species disappear and the planet is irreversibly damaged. “Any further delay in concerted anticipatory global action,” the report says, “will miss a brief and rapidly closing window of opportunity to secure a livable and sustainable future for all.”

Recall that following the release of Working Group I’s Sixth Assessment Report in August 2021, UN Secretary General Antonio Guterres gave a stern warning that this was a Code Red for Humanity. The latest report he now describes as an Atlas of Human Suffering. It’s undeniable that our planet’s climate is changing, primarily from human-caused emissions of burning fossil fuels, and it’s changing faster and more dangerously than we thought.

At the conclusion of Glasgow 26th Conference of Parties (COP26) last November 2021, the general feeling was that the conference over delivered, given the political headwinds, but under delivered in relation to what the science still demands of us. Now, remember that at Paris 21st Conference of Parties (COP21) in 2015 the world applauded soft agreements that pledged actions toward a global warming threshold of 2.0 degrees Celsius with many seeking to limit warming to 1.5 degrees Celsius.

Hardly any of those pledges are being met today, which still puts the world on course for a planet that’s 3-4 degrees Celsius warmer by the end of the century. Clearly, catastrophic and uninhabitable. However, even the 2.0 degrees Celsius target applauded in Paris will change our planet beyond recognition: close to 99 percent of coral reefs will disappear, extreme heat, and 1-in-100 year flooding events will become regular occurrences, existentially threatening all coastal cities.

Given the Philippines is among the ten most vulnerable nations on Earth to climate risks mainly due to its geographic location and archipelagic structure, we should be among the most driven to amplify calls for commitments to a 1.5 degree Celsius world.

So what does keeping to 1.5 degrees Celsius really mean? The science tells us we only have about 300-400 gigatons-worth of greenhouse gases (GHG) left to emit before we exceed that number. Since the world currently emits 51 gigatons of greenhouse gases each year, we only have around 6-8 years remaining before we lose all chances of hitting that goal of limiting warming to 1.5 degrees Celsius and being left to contend with a harsher 2.0 degrees Celsius world or worse. The UN IPCC AR6 makes this very clear: the window is closing fast.

All these make our Mission of “forging collaborative pathways for a decarbonized and regenerative future” more urgent. Our desire is to be at the forefront of the transition to a net zero economy by 2050. Energy production continues to be our country’s biggest source of GHG estimated at 47 percent in 2020.

Many of us in the power industry have since declared our preference for clean and renewable energy. Our own transition to a decarbonized future will be anchored in the next few years by First Gen’s efforts to bring in liquefied natural gas (LNG). When complete, our LNG terminal in Batangas City will allow us to import natural gas from around the world, thus providing consumers with clean, reliable energy that will also displace power produced by dirty coal, even after our indigenous supply in Malampaya is exhausted.

In line with the Philippine Energy Plan of 2020-2040, natural gas will also serve as an enabler of intermittent renewable energy like wind and solar, which will help keep the lights on when these sources are not available. We see LNG as the bridge fuel that will make wind and solar power more reliable, increasing demand and hastening widespread adoption of these platforms onto our power systems.

EDC’s geothermal assets, being the only 24/7 renewable energy technology available, will be essential in keeping the lights on as we transition to a Net Zero future. EDC’s geothermal portfolio spread across strategic locations in the grid will be critical in helping balance the grid, supply significant baseload renewable energy, and even protect consumer prices from external shocks, being indigenous. In April 2022, we inaugurated our 3.6-MW Mount Apo 3 project in Mindanao and we are underway in completing the 29-MW Palayan binary power plant in Manito, Albay. Further expansions are also lined up in the next few years as well as greenfield development in the medium to longer term. By developing more geothermal plants, we gain advantage from the continuous renewable electricity production to supplement more intermittent sources such as wind and solar.

Through First Gen, we are also planning to significantly expand our wind and solar portfolio over the coming years. The demand for wind and solar will not just come from grid operators serving large urban areas; it will also come from offgrid communities with little or no access to 24/7 electricity, households looking to cut their carbon emissions, and contestable customers operating commercial and industrial establishments.

Even as we fulfill our role of bridging the entry of more renewable energy to the grid, we are also planning our own decarbonization. To meet that net zero carbon future, our natural gas plants will eventually need to be repowered, possibly with clean hydrogen, as technology develops and attain commerciality. In the same vein, we are pursuing energy efficiency schemes as well as taking stock of other technologies that will further advance our net zero goal.

However, beyond just halting any additional warming is the Herculean task of preserving, rebuilding, and more importantly regenerating the planet and everything we’re losing. This is why we believe sustainability is no longer enough in a world that’s badly in need of healing and renewal. We specifically chose to use the word Regenerative in our recrafted mission, with all the responsibility that it carries.

Being regenerative, however, isn’t just about renewing the environment. Above all else, it’s about healing the wounds inflicted on our communities and societies from decades of flawed economic thinking and the resulting policies that have widened inequalities making the dream of prosperity for billions of people even more out of reach.

Admittedly, this is a tough time to be in business. I would even say, the toughest I can remember in the last four to six decades. The road will be filled with curve balls. But life isn’t just about the presence or absence of difficulties, it’s all about how we deal with those inevitabilities that matters. How we do that, is what will make it such an exciting and fulfilling time to build businesses that meet the challenges of the 21st century.

We thank you and hope for your continued and unwavering support.