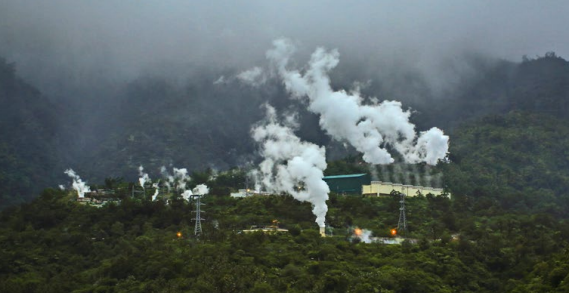 Given that we are in the power generation sector,  emissions are a critical topic for EDC. We utilize  a science-based strategy and the best available  technology to support our efforts to manage this  aspect. We also practice continuous air quality  monitoring and third-party multi-sector monitoring.

In 2021, EDC retained its carbon intensity of 0.1  tonne of equivalent CO2   per megawatt-hours (MWh).  With our operations powered by renewable energy,  our energy facilities have significantly lower carbon  emissions than national grids, which are mainly reliant  on fossil fuels. In comparison, the carbon intensity of  EDC facilities is seven times lower than an average coal  plant. With this, EDC powers its customers’ businesses,  while also significantly reducing their carbon footprint

EDC implements the Zero Discharge System (ZDS)  with regard to effluents, along with protocols for  proper waste management for both solid and  hazardous wastes.

EDC follows a waste management hierarchy,  prioritizing prevention, reduction, reuse, recycling,  and recovery over disposal to landfill. EDC complies  with all regulatory requirements particularly on the  storage, treatment, and disposal of hazardous  wastes. Majority of our hazardous wastes are  recovered and recycled such as used oil, used  batteries, and electronic wastes. Meanwhile, for  non-hazardous or solid waste, we have Material  Recovery Facilities across our project sites where  wastes are sorted and recycled as much as possible.  We engage with third-party contractors accredited  by the Department of Environment and Natural  Resources (DENR) to transport, treat and dispose of  our hazardous wastes. We have also partnered with  the ABS-CBN Lingkod Kapamilya Foundation, Inc.  (ALKFI) to donate the proceeds from the recycling  of hazardous wastes to the latter’s Bantay Kalikasan  Program.

To further minimize our waste and reduce the cost  of waste disposal, we also worked with ALKFI in its  Bantay Langis and Bantay Baterya Programs. These  projects reprocess used oils and junk lead-acid  batteries that are classified as toxic wastes. EDC  also partnered with the French organization, Plastic  Flamingo (PLAF), for our Plastic2Shelter Project.  The Trash2Cash project was also implemented in  our Leyte site. Other recyclable wastes in all EDC  sites are transported to the local government unit’s  Material Recycling Facility (MRF) or sold to junk  shops.

To manage waste and promote circularity, EBWPC  also launched the Trash2Cash program to address  the plastic waste inside the Burgos Wind facilities.  This was part of the Continuous Improvement (CI)  idea by the Site CSR Lead in partnership with the  Environment group as the implementing team for  this initiative. This aimed to influence the attitude of  involved groups on waste segregation and plastic  use through cash incentives. Plastics collected are  then ground into smaller pieces to form eco-bricks  for small-scale construction projects.

A Basura Exchange Memorandum of Agreement  with the Burgos Municipal Police Station, under the  Philippine National Police was also signed. Driven  by its core value of “Makalikasan” or “environmentfriendly,” the MPS replicated the Basura Exchange  Initiative of the nearby barangay. In the agreement,  Burgos PNP will collect eco-bricks from the  community in exchange for food packs, grocery  items, or mobile load. EBWPC will provide logistical  support to sustain the project as a partner in this  initiative. This initiative targets students who wish  to participate. Collected eco-bricks will be used in  small-scale construction projects of the Philippine  National Police.

In 2021, 43% by weight of EDC’s total waste was  recycled, recovered, or reused. With less waste  going to the landfills, we significantly reduced the  amount of potential methane released into the  atmosphere. We also recycled 82% of our total  hazardous waste. With these, EDC contributes to  the advancement of the country’s Circular Economy.  EDC also saved costs in some projects that utilized  recycled parts, improving our operational expenses  and enhancing the financial capital flow. PLAF’s  Plastic2Shelter and the ALKFI initiatives are also  geared toward communities, enhancing our social  license to operate while elevating the lives of  surrounding communities.

At the baseline level, we ensure compliance with  applicable pollution control laws, regulations, and  standards such as the Philippine Clean Air Act of  1999, the Ecological Solid Waste Management Act  of 2000, the Philippine Clean Water Act of 2004,  Toxic Substances and Hazardous and Nuclear  Wastes Control Act of 1990, and the recently  institutionalized Executive Order 174 (“Philippine  Greenhouse Gas Inventory Management and  Reporting System”). 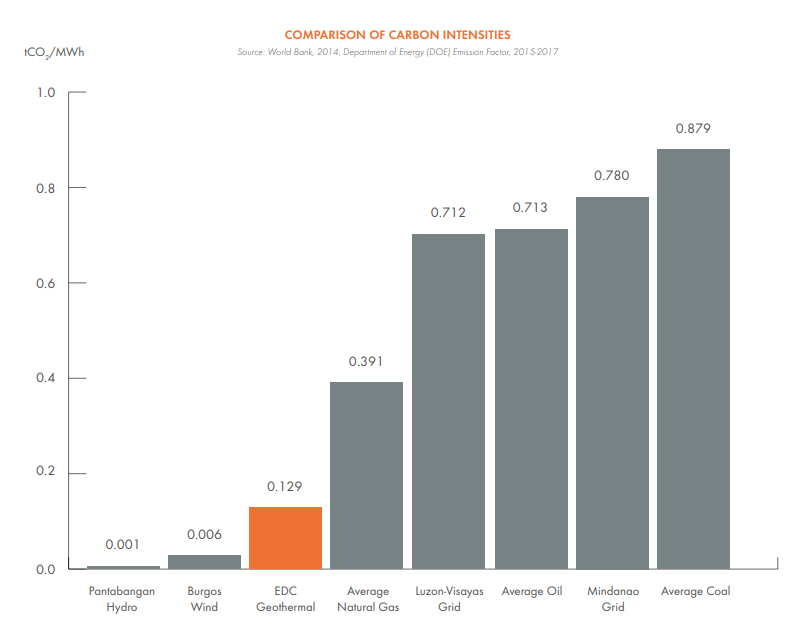 Back to our Natural Capital