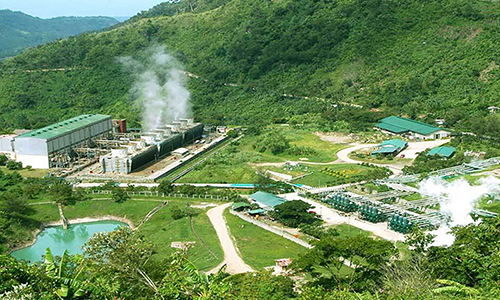 In 2021, we enhanced our operations through various upgrades, including the Online Dissolution (OnDi), a new method of well intervention that is less costly and offers a promising alternative to the reinjection well (RI) recovery capacity. Implemented in our BacMan site, OnDi introduced a new and more cost-efficient way of addressing silica scaling, a common concern in geothermal operations. The conventional method of addressing silica is through bullhead acidizing (BHA) which costs over PHP 50 million to implement. This method also presents issues on chemical cost, delivery, corrosion due to overdosing, and slow improvements in the reinjection capacity (RICAP).

With the integration of OnDi in our BacMan operations, we ensured intensive, vigilant, and real-time pH monitoring. The results of the BacMan OnDi showed notable improvement in the RICAP of three projects. For the three projects, the total cost generated was PHP 63.9 million compared to the potential expenses using the conventional methods of PHP 201.5 million.

Overall, OnDi is a promising and effective alternative that is less costly and less invasive. However, one major drawback is the slow improvement in the RICAP, which can be further improved. Future focus on the OnDi includes chemical optimization and possible online hot RI wells application.

Adding to OnDi, we also utilized thermallydegradable zonal isolation material (TZIM) technology on two EDC wells to reduce risks and operating costs. TZIM is a stimulation technique used to enhance well permeability by pumping high-pressure water and diverting it from a highlyaccepting loss zone to a minor loss zone. Through the process, fracture connection is increased, thus potentially improving well production performance. A significant rise in downhole pressure was observed after the successful stimulation with high concentration TZIM pills.

In the succeeding days, a steady pumping rate was maintained, which led to the initial post TZIM mirroring a post deflagration historical performance. Within the year, the two wells recovered their pre-stimulation outputs. Moving forward, a final stage gating after well stabilization is recommended to determine if the technology can deliver on stimulation capability

Back to Our Manufactured Capital